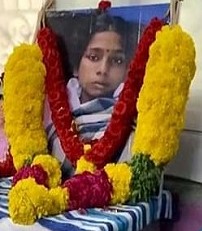 A quick note of history from the shores of Kerala - when St. Thomas first came to India in 52 AD with a Syriac bible which believed the starting point of oral recitation of bible in India paving the path of conversions, in an later time frame around 1700’s from Coromandel Coast of then Danish colony Tharangambadi  came the the Tamil Translation of new testimonial which aimed large conversions of Hindus by force or by rule. Further in 1800s the well-known Serampore trio who’s only moto is conversion in large scale started a college to “train Indians to become a humans irrespective of caste and colour”.  Furthermore, the Serampore mission press translated the bible in twenty-five vernacular languages which intended the Bible to reach all the corners of India. The reasons behind this are well known -“to create large number of Clergymen”. Anyways, why are we talking about all this? Reason being the system of forceful conversion of Hindus to Christianity or the slaughtering if rejected, is something that is coming from generation in this land of Hindus.

In the recent barbaric attempt of the same idea on the 17 years old young girl Lavanya which eventually lead to her suicide because of hidden agenda of the missionary schools for conversions in India.  This sad incident that came to limelight in Tamilnadu shows how still the idea of the Colonizers to propagate their religion is taking shape in every state of India, under the banner of missionary school and colleges polluting the young minds which is sadly supported by few governments with vested interests like we see the case of Tamilnadu. No doubt we are the land of secularism and democratic holding the idea of vasudhaika kutumbam yet why is that only Hindus are threatened and no one talks about it? Isn’t this villainy on Hindus? Why is that no one questions now? Is it for the mere vote bank politics? At the age of 10 when these young minds are forced to pray the Christian deity by hook or crook and infact preachings on how there is only one God and so on. This is nothing but a slow poison that is injected in almost all the missionaries to the fragile minds. another point to note the teachers for these young minds are the once who dedicated their life to preach and live a life of Christian. What can we except from such life style of the schools? nothing but more such cases of Lavanyas.

In this heart break incident of how Lavanya was harassed and tortured mentally, which gradually lead to her suicide is not just another case of suicide but this is case of murder by missionaries supported by the government of Tamilnadu.  Now for the benefit of the few, the Govt. of Tamilnadu may twist and turn the case but the truth is like the life it will burn all these people who are wearing secular masks sooner or later. In this whole scenario the only student’s organisation that stood to seek justice for Lavanya in this country is ABVP (Akhil Bharatiya Vidyarthi Parishad). The other so called progressive student organisations like NSUI, SFI and co. that keep wallowing about every other incident are now quiet, reason being she is Hindu? The fact that these people forget, is she is not just a Hindu, she is girl, she is student and most importantly an Indian. She was tortured and forced to end her life for something she is not responsible for. These so-called progressive brains tend to forget all these when given word Hindu. ABVP on the other hand is raising its voice all over the nation to seek justice for Lavanya and for many others who are still on the dark side and are not able to come out of such traps of missionaries. It is the need of the hours that we all stand together to fight against this social evil of forceful conversation and seek justice for Lavanya.

(The writer Dr. Phani Krishna, is a PhD, Cognitive science form University of Hyderabad. Currently, he is Guest faculty)