We are Grooming Leaders for all walks of Life — Sunil Ambekar﻿ 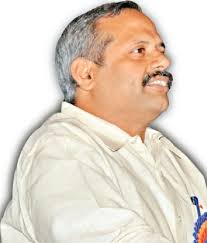 Formed on July 9, 1949 to channelise the students’ energy towards national reconstruction, Akhil Bharatiya Vidyarthi Parisahd (ABVP) is today the largest student organisation of the world. During the last 65 years it achieved many milestones and gave new dimension to the country’s student movement. There was a time when some universities used to be recruitment centres for naxalites and many other anti-national activities, but now the very same universities have rejected that mindset and activities to a great extent. ABVP played a key role in changing this scenario. Organiser senior correspondent Pramod Kumar spoke to ABVP National Organising Secretary Shri Sunil Ambekar in Delhi to have an insight into the 65 years journey of the student organisation. Excerpts:

How do you look at the 65 year journey of ABVP?

The journey is full of achievements, satisfaction and lasting impact on national life. When the ABVP work began in 1949 there were two streams of thinking—one to follow the US and second to follow Russia or China. But we presented the third alternative before the students—to follow our own path. And we have done it successfully. Though still miles to go, we can say that we have achieved something.

What are the major turning points in this journey?

Emergency imposed in 1975 was the first major turning point in the journey of ABVP. All senior political leaders were behind the bars, the ABVP workers, who had till then developed strong base in some Universities and colleges in several states, led the nation against the onslaught on democracy. The second challenge was globalisation when everybody feared that growing western lifestyle would disconnect the youth from their roots. Our two campaigns—Save Campus and Save Culture—proved very effective on this front. The third challenge was distortion in textbooks. Highly derogatory words were used against even the great personalities. There was also a campaign for promoting sex education in schools. The college principals had enough time to celebrate Valentine’s Day, but no time to pay respect to the great personalities on their anniversaries. The anti-reservation cry in 1990s was also a big challenge which aimed at dividing the society. But we successfully took initiatives for strengthening harmony in the society. We also started celebrating December 6 (death anniversarry of Baba Saheb Ambedkar) as Samata Diwas in every college. This is how we promoted a social revolution based on constructive approach. In the fight against corruption also we played a key role.

What about National Security?

Whenever there was threat to national security, ABVP workers were in forefront. We conducted a countrywide campaign on Kashmir. When Kashmiri Hindus were displaced from the Valley, we took up it as a national challenge and organised meetings in campuses to educate the youth on it. Similarly, when terrorists burnt tricolour at Lal Chowk, we took a movement to hoist the tricolour at the very spot where it was burnt. At that time terrorism was at its peak and the terrorists had issued repeated warnings, the ABVP volunteers marched towards Srinagar. Even girls participated in the movement in large number. Their spirit was like that of freedom fighters. Before reaching J&K we stirred the entire nation on this issue. We also conducted study of the border adjacent to Bangaldesh and continuously campaigned against the infiltrators.

With the installation of new regime at the Centre the youth have high expectations. We conveyed their expectations to the PM. We sought revival plans for State universities as they accommodate the largest number of students. Legislation to curb commercialisation of Education was also discussed. For north-eastern students we suggested creation of sufficient educational infrastructure there only so that they do not need to go anywhere merely for education. We also requested that the names of Bangladeshi infiltrators should be deleted from the voters list. We urged for immediate attention to the sad affairs in SC/ST and OBC Hostels.

Commercialisation of education is depriving economically deprived students from higher education. What do you say?

We want effective role of the government in higher education and the number of government colleges should be increased. But at the same time we are not against private participation in education. If the government can decide auto rickshaw fare, it should have control over school and college fee also.

What is your stand on the entry of foreign universities?

Why did you oppose FYUP?

It is not the time to increase duration of courses, but to think how we can give more in minimum duration. Secondly the Delhi University failed to add any useful content for the extended period. It was totally arbitrary decision taken without understanding the ground realities. When three year pattern was introduced it was the outcome of long discussion for several years. But the DU did not even allow the DUSU or DUTA to express their opinion on it.

In terms of membership the ABVP is the largest student organisation. What about impact?

The biggest impact is that we have successfully been able to engage the youth in constructive activities. It was because of the ABVP initiatives on different issues that many defunct bodies in colleges started working in constructive manner. Ragging has mostly been curbed. Anti-national activities in the campus have been arrested. There was a time when some universities were acting as recruitment centres for naxalites. But now they are deprived of the students or learned people because of our activities. We started SEIL programme to connect the people of north-east with rest of the country. It has left deep impact. Since beginning our endeavour has been to promote leadership qualities of girls. We provided them platforms and they performed excellently. The ABVP has opened ‘ashtadwar’ (eight doors) of Sewa, Sangharsha, Sport, Sankriti, Sristi, Shiksha, Samarasta and Samvedana for all the students.

It is believed that the major task of the ABVP is to build leaders for the BJP. What do you feel?

ABVP wishes to produce leaders for all walks of life, not just for the political life. There is a large number of people who are leading the society in different spheres. We try that we should have the best product. We want the students should not merely be ‘Zindabad-Murdabad Force’ for any political party, they should have a proactive role in national life.

What are the future plans?

The enthusiasm developed among the students during elections has to be used in some constructive activities. Those who are interested in sewa will be provided that platform. Likewise those who have interest in RTIs or human rights activities will be encouraged accordingly. Since the country needs good scientists and military officers also, we have plans to encourage youth for those fields too.

We are also going to organise a big conference of foreign students studying in Indian campuses of universities under the banner of World Organisation of Students and Youth (WOSY) in February next year.
﻿